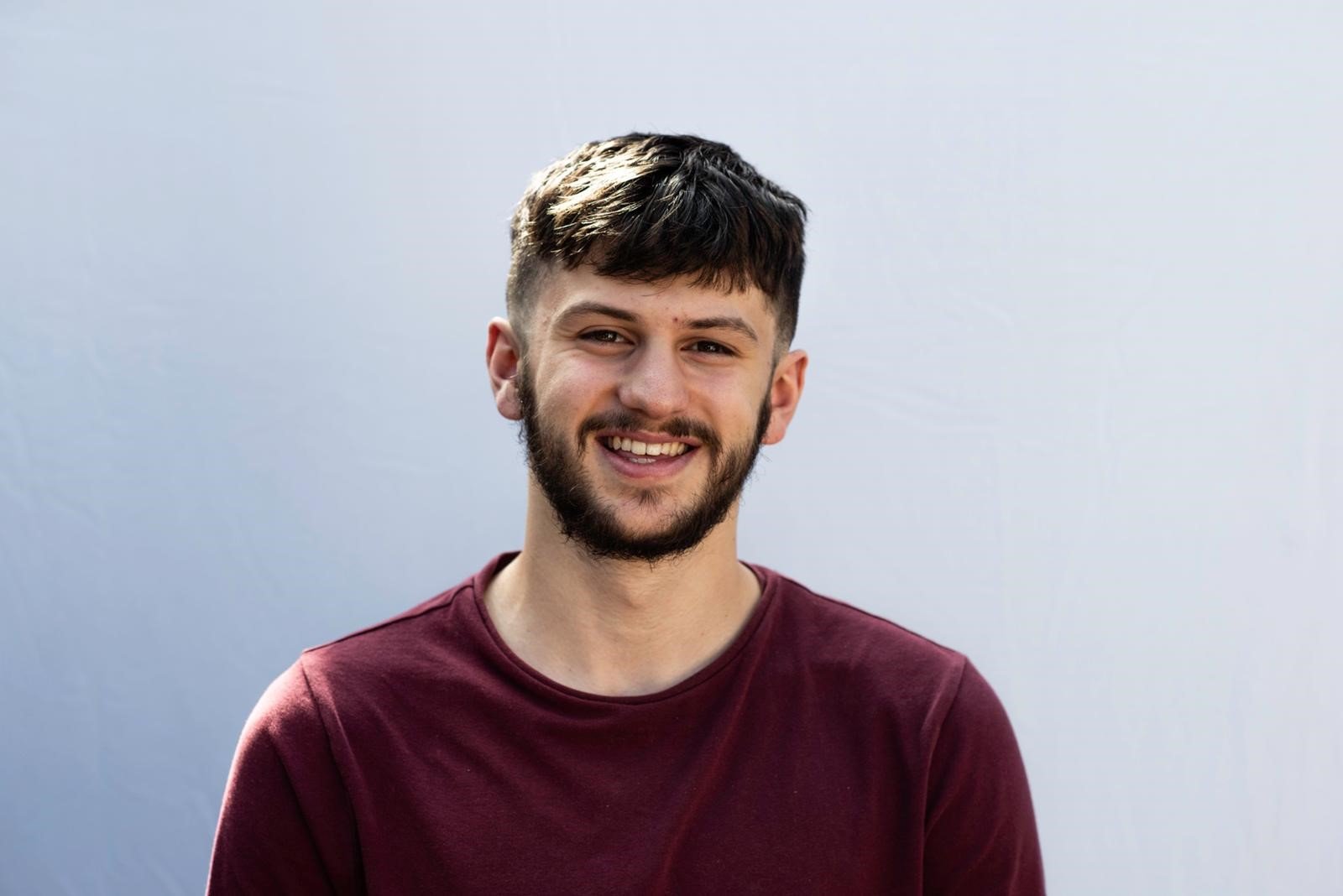 Student at University of Westminster

My diary onset of 'Gone To Ground'

Arrived at the set / accommodation at 21:00 after the producer picked me up from the station. Met most of the crew, about 12 of them roughly, most of them seemed very nice. Variety of ages, but I'm definitely the youngest by at least a couple of years. The location is an old farmhouse near Swindon. They've turned it into the set for the story about a man who stumbles upon a European who is on the run. This is also where the crew can stay. I’m looking forward to starting tomorrow and working with what seems to be a good, fun crew.

My first day of shooting started at 11:00 at a nearby house that is the director’s brothers. The sound recordist is yet to arrive, so I had to essentially be in charge of sound today which was daunting and I felt quite nervous but luckily there was a runner Connor Baskerville who has also covered sound and together we were the Sound Team for a day. The shots today were very basic, so sound recording was relatively straight forward. For a short while onset Connor and I were stuck recording sound from a toilet which was rough – but it was a fun experience, nonetheless. Filming continued till about 21:45 when we stopped for dinner. I'd say I had fun in the end doing the sound recording and boom operating and most of the crew are very nice and easy to get along with which is good. Tomorrow the sound recordist arrives off the back of working on Love Island so I'm looking forward to learning from him.

Today started at 10am and was far more productive. Today we got lots done covering about 13 scenes in total. Kevin Harper the sound recordist came in today off the back of Love Island and it was really interesting to hear all about behind the scenes. But also, more importantly he gave me an extremely helpful one to one crash course / masterclass on boom operating and all the little techniques and things I can do to be a better boom op. This was really interesting and very helpful; I feel more confident about the job now.  Connor and I continued sound recording for today however, wrap was at about 7pm, but Kevin and I will start work together tomorrow. Looks like we'll be doing some wild tracks and atmospherics as there are no actors for the weekend. The experience, for me personally, is great and I'm learning so much and mostly all the people are so nice and interesting to learn from.

Today Kevin continued training me on sound recording. We started by going out to some fields near the river Thames and recorded atmospherics of cars driving past from a nearby road, with sounds of crickets and a river as well. It was really interesting learning about the process of how to go about the procedures of recording sounds including the importance of idents at the start of sound clips as well as logging everything you record. I took a picture of the sound log sheet which went into great detail to make it easier for editing. We also recorded atmospherics in a kitchen which included the sounds of taps turning on and off. Here, Kevin trained me on M and S sound which involves mimicking stereo sound by combining a figure of 8 mic with a mono mic via a sound mixer. There wasn't time unfortunately for Kevin to explain to me exactly how it all works so my plan is, when I get back to university, I'll ask the sound guys to go though it with me. It produces far better-quality sound than regular stereo, so it'll be good to learn exactly how to set it all up. Later on, I helped the team tilt a car on its side in the woods ready for a shoot in a few days’ time. Learned lots from Kevin again.

Today was very quiet as there was no filming and a lot of the crew had gone home for the next couple days. We finished setting up the car, however, which was a good experience in which I was trained on all sorts of safety procedures to consider when creating a set as dangerous as this one. I helped out with a few practical things here and there but no sound-related work today unfortunately.

Today was the day off so not much in the way of work happened. I helped out with some of the set dressing and prop design. I painted and designed the look for a trolley that's meant to look slightly dated and used. It was fun, I learned a few practical things but nothing major. The sound work kicks off again tomorrow with Kevin as there's lots to film. Tuesday and Wednesday appear to be night shoots which should be interesting.

Call time today was 4pm so the morning was relatively quiet. At 4, however, we hit the road to pick up a number of different shots of cars and establishing shots of buildings. Kevin continued training me on the techniques of sound recording. For me, the difference between inputs and channels, and mono and stereo are often blurred so I asked him about those. It's something that definitely once I get back to university, I want to learn more about. I'll ask if it's possible to get trained on the various different sound mixers. Unfortunately, there's little time at the moment for Kevin go through it with me in great detail since today was a very busy shoot. After shooting all the exteriors we moved into the night shoots which all took place in the gardens of the farmhouse. Since there is a road right next to the house, it was hard to get good quality sound, but we decided to run sound anyway. We got some good stuff with the mono mic. Later on, in the barn, there was a wide shot of the actress running through the barn in amongst the shadows. Since it was so wide, we decided to hide a radio mic closer to where she was running which picked up the thumping of her footsteps as well as her breathing - while my boom picked up mainly atmos, combined, the sound was great. Kevin taught me about not necessarily using radio mics as much as you think - the sound off the boom is the best quality so it's important to use that when you can. Also, the radio mics can be unreliable and a hassle to set up which could interfere with the speed of the shoot day. However, he told me that they are useful simply for proximity which is how we used them in this case. Since the shot was so wide and the roof of the barn was too low for my boom to get over, we had to use a radio mic to pick up the finer sounds. Overall, I learned that when it comes to deciding what mics to use or how many or which type of mic, it all depends on the scene so it’s important to be flexible. I also learned that it's very helpful to bring a table to shoot days as a base for all the sound equipment.

One of the main things I learnt and appreciate from this experience is how important and pivotal organisation and pre-preparation are in a film shoot.

Overall this was a fantastic experience for me, personally, and I’d love to work with these people again. I learned so much from everyone and I’m more confident going into future projects as a boom operator or sound recordist now that I have a feature film under my belt.

Black Russian
Ashes To India
The Road To Ashvem
Comments