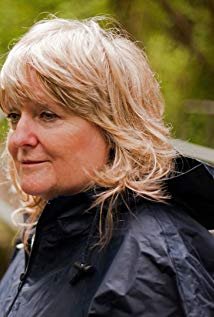 Director of DEAD FRED and Skullz

Where did the inspiration for the stories and characters develop from?

For ‘Dead Fred’ the script was already there but I worked on the writer for about a year.

For ‘Skullz’ I wrote the original script many years ago from a tale of a crystal skull.  Another writer came on board to help me bring it into 2019.

How was the process of writing a 90 min script?

Every writer works differently – some plan out the whole idea first. Others plan each scene out.

How was the process of getting a scriptwriter on board to develop a script idea?

So far I have only worked on either my own script or one already formatted.  I am currently working with a scriptwriter who is adapting a novel.

How did you find process developing another writer's script into your film?

I worked with the writer for about a year developing the script.

For the casting process, how did you decide on your main cast?

For ‘Dead Fred’ I had a Casting Director onboard who helped me with casting.

For ‘Skullz’ I used actors I had worked with before.

Did you receive funding through either a scheme, crowdfunding, privately or another method?

Both films were privately funded.

What is your process for finding crew for your film?

I always endeavour to use local crew – mostly from recommendation. I do occasionally advertise or look at local crew sites.  FILM EXPO SOUTH certainly helped us connect with many local crew and services.

What is a typical day onset for you?

I don’t think any day was the same.

Were there any issues on set and how did you tackle them?

There are always issues on set and that includes low budget and mega budget films. Always be prepared for the unexpected.

How do you keep your production on schedule and within budget?

We did keep on budget and schedule on ‘DEAD FRED'

’‘Skullz’ was filmed over a period of time but we still kept to the schedules we made of shooting times and the budget.

How do you work with actors to get the best performance from them?

That is difficult to answer as every actor is different. Some need guidance and others just get it. But it can take time.

How did you work with the crew to keep the day running smoothly?

Listen to what everyone is telling you and treat everyone with respect.

How many editors do you usually have for picture, sound foley etc.?

Usually one main editor and then separate editors for sound design and foley, colour grading etc.

If you hire a composer, how do you work with them to get the right sound for your film?

We always get a composer as music is very important for any film.  I talk to the composer and discuss what sort of ‘feel’ the film should have.

For foreign language festivals, do you dub or create subtitles for your film?

We have created subtitles for foreign film festivals – it is a lot of work. I now only tend to enter festivals which want films in English.

Do you have any tips on how to find a good editor?

Find an editor who has vision but will also listen. If you disagree on something think about it - they may be right.

Also don’t get hung up about particular favourite shots or scenes – just because a particular shot took ages to set up or looks fantastic. If it doesn’t fit or add to the story - it needs to be cut. This can hurt but it is necessary.

Where does the editing process take place?

It depends on where the editor is based. Usually an editor will complete a rough assembly and then the director will discuss and hopefully sit in with the editor.

Always keep in communication with people as to what is happening – even after the production has finished.

The more helpful you are on set the more you are likely to be regularly employed. Don’t sit around waiting to be told what to do – ask what you can do next.

Working with creative people can cause friction. Never lose your temper – even when you feel you must. It never helps and creates tension. Problems should be discussed calmly and professionally.

Plan the shoot in advance. Check all your props are where they should be. Batteries are charged and ready. Test equipment.

Make sure your crew and cast are well fed. If out on location make sure snacks and drinks are provided.

Be prepared for things to go wrong – they will do. You may have change shots or scenes because of weather or location etc. - just always be prepared.