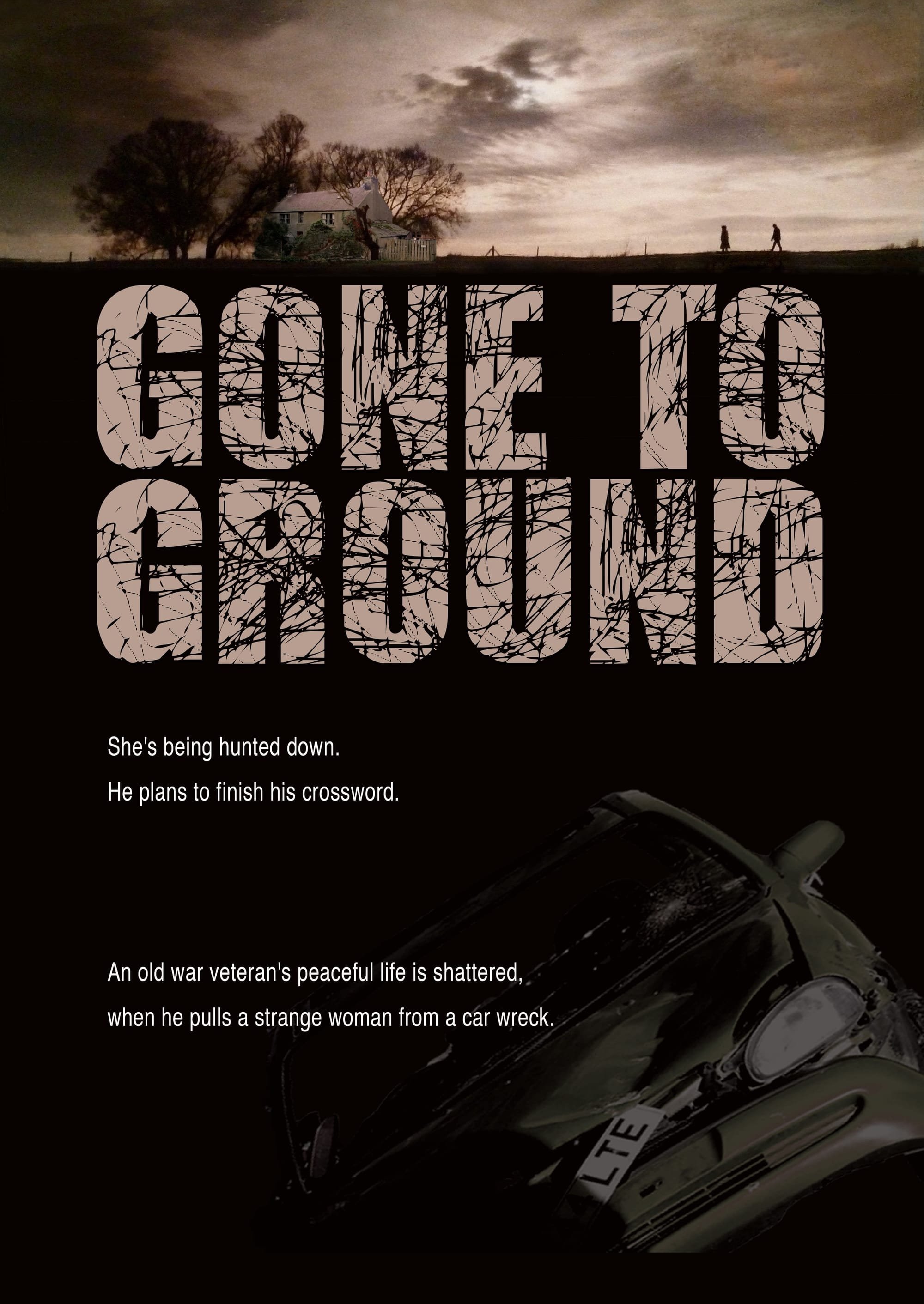 She is being hunted down.  He plans to finish his crossword.  A war veteran’s peaceful life is shattered when he pulls a strange woman from a car wreck.

When a young woman, a fugitive from Eastern Europe, is rescued from a wrecked car by an ex WWII RAF pilot, he cares for her secretly in his isolated farmhouse. Both live on the edges of society.

He’s widowed, ignored and alone, she marginalised as a despised sex worker. They disagree on most things, as his ordered life of gardening, culture and memories clashes with her carnal and violent past.

Crushed by the extreme violence she’s escaped from and wracked by harrowing bloody hallucinations, she assumes that she’s been forgotten. Traumatised, she cannot remember the events that led her to being on the run. She doesn’t realise that she has left a bloody trail and is being hunted down.  For reasons unknown to her, they will do anything to find her.

As she gradually recovers from her injuries, she continues her verbal battles with the old man. She’s confused by the old man’s mannered, yet irritating and obsessive routines. He’s bewildered by her in-your-face sexuality. But despite frequent misunderstandings, mistranslations and cross cultural differences, they realise they share more than a common stubbornness, so begin to grudgingly accept and respect each other.

They have a few moments of pleasure that neither can remember for many years. He shows her some of the ways of the countryside―weeding, picking fruit and cutting wood.

But their nemesis is getting ever closer and then the old man makes a mistake that brings their darkest fears to the door and they have to use all their combined skills and knowledge to survive.