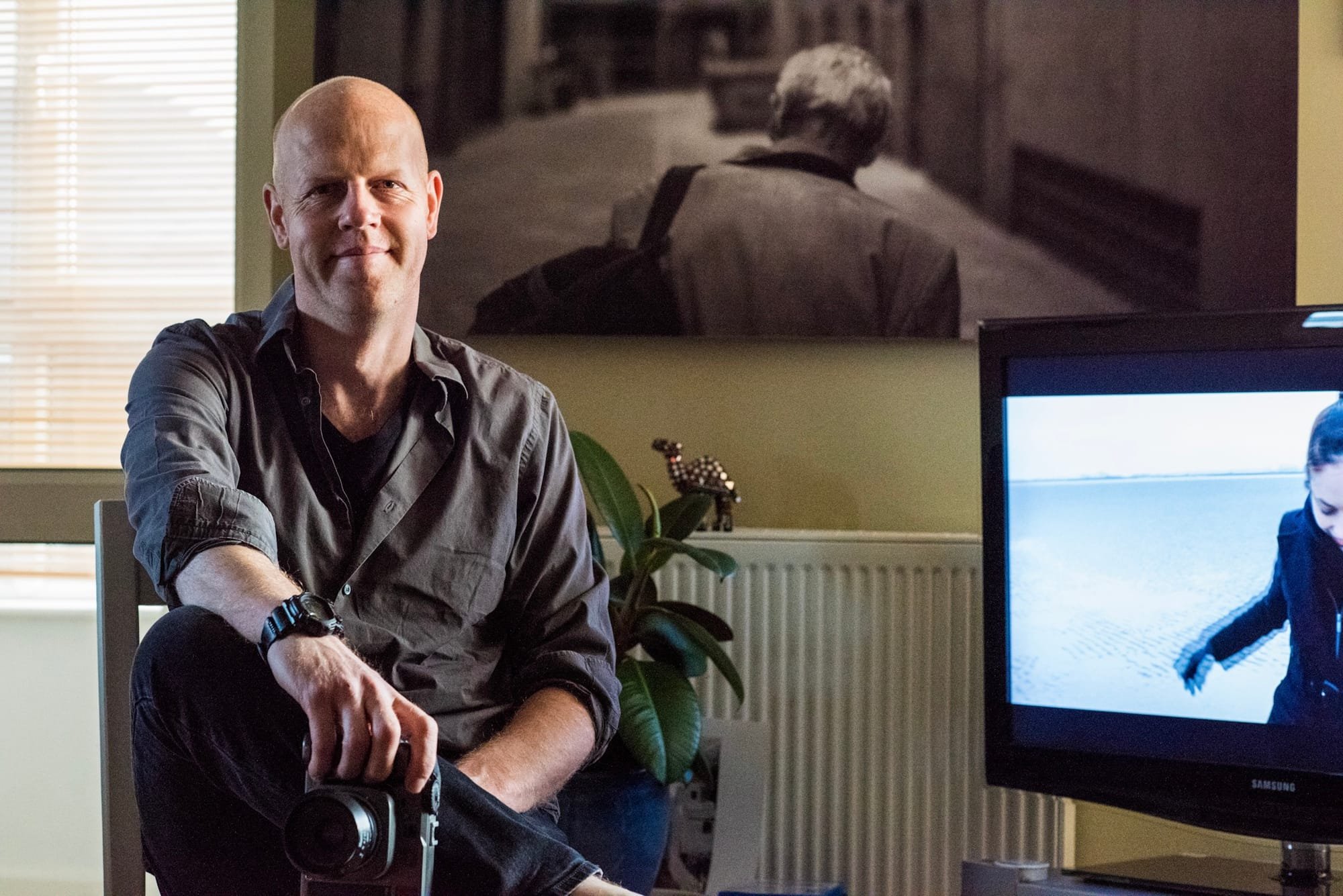 Stills Photographer on 'Gone To Ground'

What has your experience been like working on 'Gone To Ground'?

It’s been really good, the script is great and the cast and crew are a pleasure to work with.  On top of all that the onset catering is the best I’ve ever had.

Also there have been a lot of creative challenges which have at times been tricky but also really interesting to solve and have given me some new skills to take on to projects in the future.

What is your role as a Stills Photographer?

The main role of the unit photographer is to capture images of all aspects of the production from scenes being shot through to the food that is being cooked by on set catering. In a sense it is a visual diary of the process of shooting a feature film.

Also after principal photography we do what are called specials which are images for the poster. These are a production in themselves and on major films they have a huge budget. They are also used as a way to attract A-List talent, for example if Annie Leibovitz is shooting the specials then that may be the cherry on the cake that gets a signature from De Niro.

On this production we are also doing the EPK (Electronic Press Kit) which involves cast and crew interviews and behind the scenes footage etc.

Why and when did you start Stills Photography?

I started in photography at an early age, borrowing my dad’s camera when he was at work. Which always gave him a few surprises when he got the rolls of film developed.

What equipment do you use to capture stills, and why?

A camera! It depends on the production and on the story of the film. Most of the images are captured using digital these days for a couple of reasons, the main one being the cost of film. That said on this shoot which is set in the 90’s I am using a number of film cameras as well as digital as they will give the look of the time. Aside from the camera there are all the usual suspects, tripods etc. If using a DSLR we use a blimp which is a sound deadening device. I also carry the camera manual! You don’t always have an internet connection and sometimes even cameras you know well do strange things.

How do you know what stills you want to capture?

How have past projects developed your skills as a Stills Photographer?

With every film you learn something new as every film is in a new location with a new cast and story. So past projects have taught me to be prepared for anything and to bring everything. Also getting involved during pre-production can help a lot especially spending time on set and out at locations.

What do you think is the hardest thing about Stills Photography, and how do you approach it?

As a stills photographer you are in everyone's way so you have to be as quick as possible and adaptable to many different genres of photography. You can be shooting a portrait, then a lifestyle shot and then a landscape all within half an hour. Also you are generally working in small, hot spaces with not a lot of time so the digital camera technology can really help with that. Generally you are required to supply a couple of hundred images. It used to be a hundred colour and a hundred black and white but that’s not so much the case these days.

What advice would you give someone who is starting as a Stills Photographer?

Firstly look at what the reality of working as unit stills photographer is: Where do you need to be based for work? How much time will you be away from home each year? What sort of income will you have? Would you be better off keeping photography as a hobby, something that you enjoy doing in your spare time?

If you decide that you do want to be a photographer then make sure you learn the business because that’s what it is, no different to selling carrots or houses. A very small percentage of time is spent actually taking pictures.

Learn about contracts and copyright. Film industry contracts are draconian and will go against most of what you’ve been taught. The association Of Photographers is a useful resource https://www.the-aop.org

Learn how to network; it’s very much an industry based on who you know. And finally and in some ways the most important thing, enjoy it! It’s an amazing job to have and one that very few people get to experience.