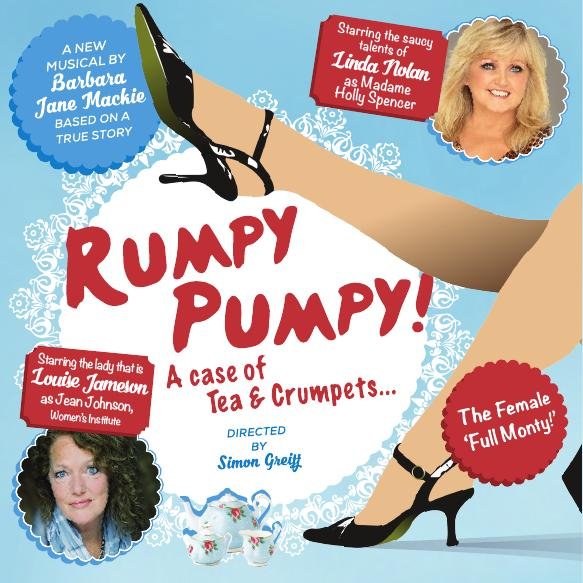 SYNOPSIS:  When two brave ladies from the Hampshire Women's Institute, Jean Johnson and Shirley Landels, decide to campaign for the total decriminalisation of Prostitution and to improve conditions for Working Girls everywhere, tough, witty Brothel Owner, Holly Spencer  - already in trouble with the police for running an illegal brothel - decides to contact them.  Holly has the perfect brothel these W.I. Ladies could be looking for.

'The remarkable true story of two genteel ladies from the Hampshire Women's Institute who take it upon themselves to campaign for better working conditions for Working Girls. 'Rumpy Pumpy!' is a charming and very English comedy of manners and its heart-warming plea for justice impassioned.' Entertainment Focus, 2015.

DIRECTOR:  Barbara Jane Mackie has a background in directing music videos, musicals and documentaries.  Barbara developed drama series for the BBC, wrote the screenplay 'Cowboy Girl' and wrote and directed her own musical 'Rumpy Pumpy!.'  'Rumpy Pumpy!' played at The Kings Head and Union Theatres in London and Windsor Theatre Royal to hugely enthusiastic audiences and reviews.

CAST:  CHERYL FERGISON is now attached as Holly, the Madame of the Brothel.  She is currently smashing it in 'Menopause The Musical' the National Star.  Cheryl is well known for her role as Heather Trott in EastEnders.