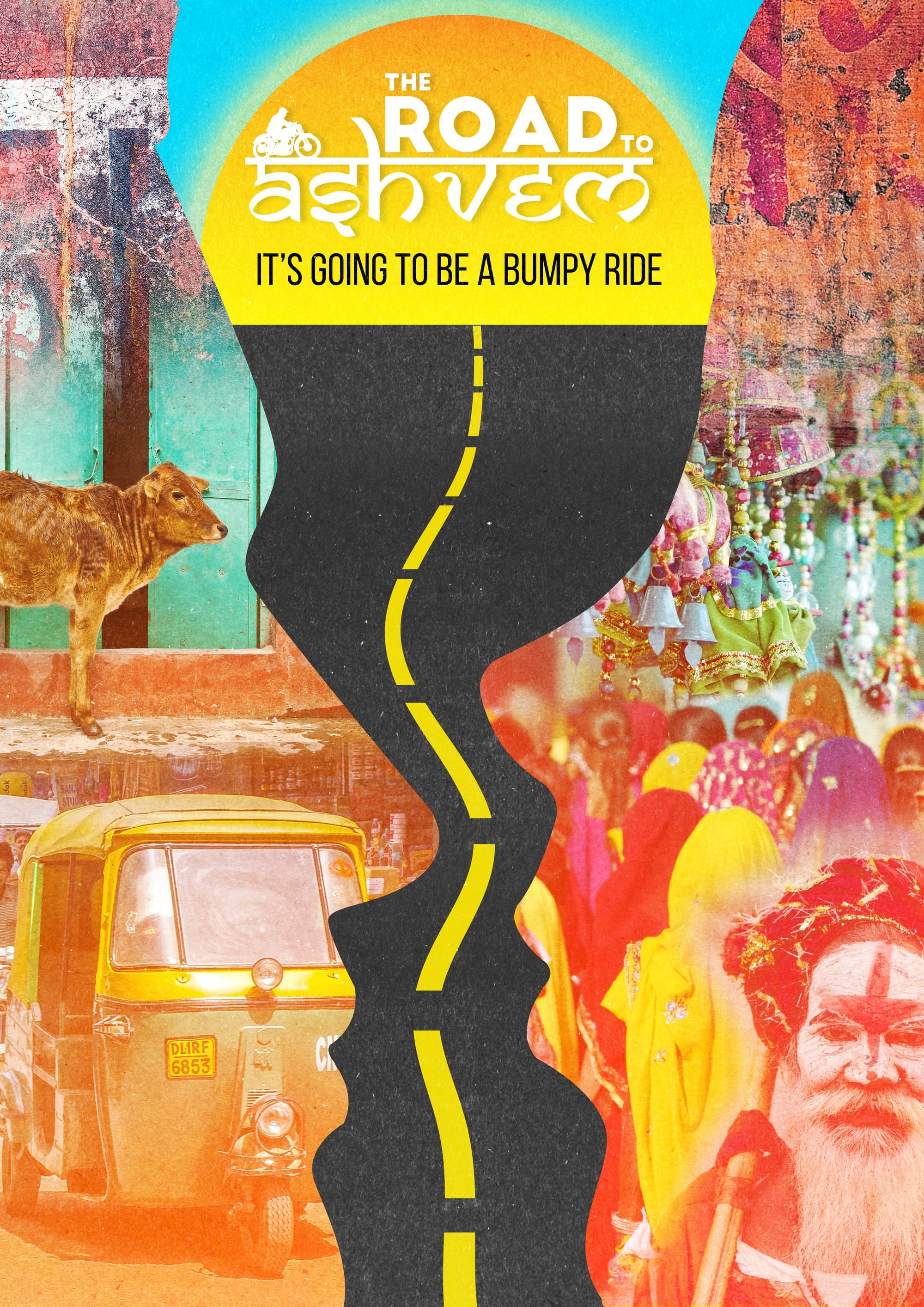 LOGLINE:  Hilarious and heart-warming romantic comedy about backpacking. Joseph and Samantha clash horribly on the plane to India and are determined to follow their own very separate paths, but India has other ideas and keeps throwing them together. As their respective journeys change them, they find themselves more and more attracted to each other.

SYNOPSIS:  Samantha Mann is a fiercely independent 25-year-old who is more sensitive than she lets on. Leaving her job as a firefighter, she follows a spiritual calling to Mumbai and a famous guru she hopes will provide a cure for the endometrial cancer she has been diagnosed with.

Joe Cross is an intimacy-phobic 21-year-old whose cockiness hides a deep sense of rejection. Determined to be a photographer, he abandons his economics degree to tour India and shoot the grime that never appears in photographic libraries.

Sam and Joe get seated next to each other on the plane. Strongly attracted to her, but also terrified of flying, Joe gets drunk and makes clumsy passes at her. Sam fiercely rebuffs his cocky chauvinism, and by the end of the flight they’re both glad to be heading in very different directions.

Arriving in Delhi, Joe gets stoned and visits a number of famous Indian landmarks, shooting all the ugliness but finding unexpected beauty too. Arriving in Mumbai, Sam’s hunt for Swami Gurdayal is frustrated by out-of-date information and the chaos of the city. Finally discovering he has moved on, she travels north in search of the elusive guru.

When India and fate bring them together again, Joe is just as strongly attracted to her, but again she rebuffs him and again they go their separate ways. He resumes his plans, collecting an old motorbike in Mumbai and heading South, but he can’t stop thinking about her. By the time Sam gets to Delhi, the ever-elusive Swami has moved on again. Realising she can’t fight India, she surrenders to the chaos. Only then does she discover the secret location of Gurdayal’s ashram, which launches her on another arduous trip.

With their respective journeys constantly altered by influences beyond their control, Joe and Sam bump into each other again in Bangalore. Both are more relaxed than before and they enjoy drinks together. Sam has to force herself to leave for the ashram, and Joe reluctantly resumes his plans. But he still can’t stop thinking about her. Against all his normal instincts, he changes his plans and rides through the night to the ashram.

Although Sam is flattered by Joe’s desire, she is desperate to pursue the guru’s promise of healing and is forced to rebuff him a third time. But once Joe’s gone, she has second thoughts. Then she learns that the guru is not what he claims to be, and that there is no magic cure for her illness. Forced to come to terms with both herself and her condition, she develops a new sense of self-acceptance and decides to find Joe.

She locates him at the village of Ashvem, his ultimate destination in Goa. But her rejection of him has had a powerfully negative effect on him, and Joe rejects her. All appears to be lost, and Sam decides to abandon her quest and fly home.

Joe finally contacts the pain that’s been driving him and realises what he’s about to lose. With a new sense of self-acceptance, he races against time to catch Sam before he loses her forever. . .

THE ROAD TO ASHVEM is a hilarious and heart-warming romantic comedy set against the colourful, chaotic and sometimes mystical backdrop of India. It takes the British rom-com and reinvigorates it with a unique story of travel and adventure.

TEASER TRAILER: THE ROAD TO ASHVEM