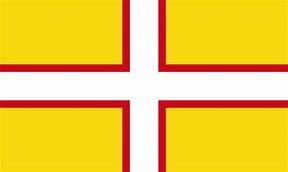 To get the best advice on filming in the region, contact the team for more information on 0844 272 0016  or email: info@dorsetfilmoffice.com

The county’s dramatic landscapes and diverse beauty has inspired many creatives including native Thomas Hardy, and famous visitors such as Beatrix Potter, Jane Austen and Enid Blyton.

Over half of Dorset is designated an area of outstanding natural beauty, with broad elevated chalk downs, steep limestone ridges and low-lying clay valleys.

Three-quarters of its coastline forms part of the Jurassic Coast, a Natural World Heritage Site. Within 100 miles, you can find mighty Jurassic chalk headlands, soft sandy beaches, natural harbours, hill forts, castles, rolling heather heaths, ancient woods and traditional thatched cottages. There are also unique landforms such as the Isle of Portland, Chesil Beach, Durdle Door and Lulworth Cove.  No wonder Dorset has been chosen as a top filming location many times for so many well-known TV series and International feature films, such as; Broadchurch, Dunkirk, Far From The Maddening Crowd, Only Fools and Horses and The Boat That Rocked to name but a few.

Access around Dorset is made easy with its network of major A roads. Motorway links mean it’s within two hours of London, plus there are regular mainline rail services, flights into Bournemouth International Airport, and continental ferries from Poole and Weymouth.