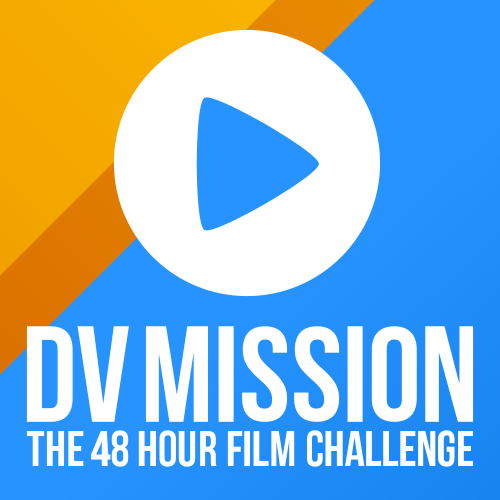 Description: Ever wanted to make a film and get it screened at glittering gala and award ceremony with the brightest and best in filmmaking? Fancy a night at the Oscars but never thought you could afford it? Well now it’s all possible as the doors opens to the fabulous DVMISSION 48 Hour Film Challenge. Yes, surprising as it seem DVMISSION has been running for so many years now it is officially the longest running 48-hour film challenge in the UK if not in Europe. It is certainly the best-established 48-hour film challenge on the South Coast and has spawned any number of other challenges.

If you have never taken part and are not sure what DVMISSION is let me explain. It is a film festival with a difference in that all the films screened at the gala premier and awards ceremony were made in the preceding 48 hours. What happens is that at 5pm on the Friday night before the premier teams from across the country are given a film ‘title, genre and line of dialogue’. What we call the ‘obstructions’. The teams then have just 48 hours to return on Sunday at 4pm, with a finished two-minute film. Later the following Saturday night all the teams arrive in their best suits & frocks for the exciting culmination to the challenge… the awarding of the coveted ‘Pompey Oscars’!

It has been called the rock-n-roll filmmaking event of the year, it’s the “Sex Pistols meets the Oscars” and if you love independent film then you’re in for a real treat! Anyone can take part, it doesn’t matter if you have any experience or not, you don’t need expensive equipment, you can be any age 16 and over. Seriously there is no reason not to take part especially as you will be joining a warm and welcoming community of local filmmakers.