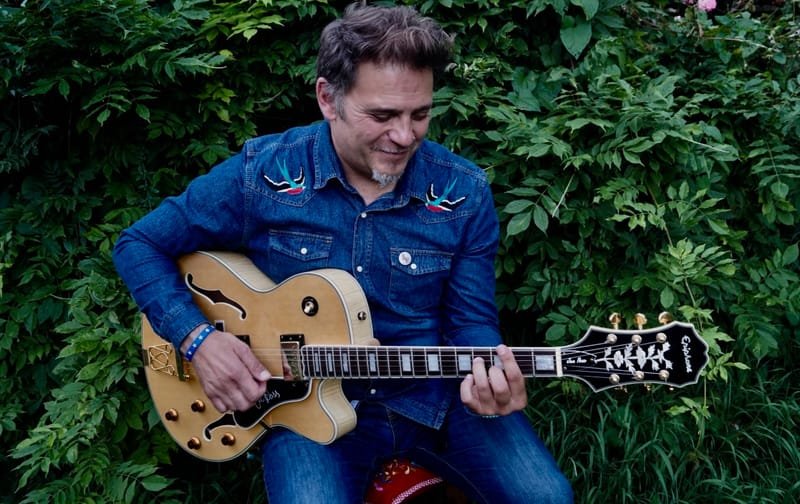 Jim Chorley is an Acoustic/Folk singer-songwriter and composer from Southampton.

His passion for music and subsequently song writing, was ignited in the early 1970s after hearing the magical sounds of The Beatles and Simon and Garfunkel emanating from his parents ‘Dansette’ record player.

After playing in a number of bands, Jim decided to follow an early love for acoustic music and pursue a path of becoming a solo singer-songwriter.

Jim has played all around the country at acoustic nights, folk clubs and house concerts and has performed at numerous festivals including the renowned Cambridge Folk festival, Larmer Tree festival in Wiltshire and The Wickham Folk festival in Hampshire.

His songs, lyrics and recordings are honest, from the heart, authentic and atmospheric. They have been described as ‘achingly beautiful’ and ‘filled with warmth, intimacy and soul’

One of his most beloved songs, 'Painting Circles in the Corn', which was featured on BBC South Today and covered in the national press, is a paean to his late Father, Dave Chorley and his adventures inventing and making 'Crop Circles' in the Hampshire countryside.

Jim studied as a mature student for a Master’s degree in song writing at Bath Spa University and is an experienced music practitioner. Working in secondary education, with vulnerable groups in the community and adult learners, he has close to 20 years experience in this field.

He is a seasoned songwriter, performer and recording artist and is passionate about the positive potential of songs and music to change and empower lives.