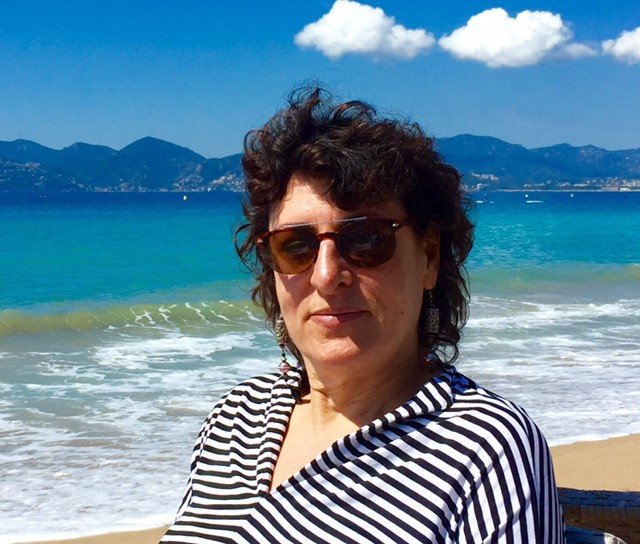 Alice is an award-winning advertising copywriter and screenwriter. She’s also published short stories and joke books, and been an associate lecturer on the MA Screenwriting at the London College of Communication.

She started directing in 2010, and has completed a slate of shorts from her own scripts for Hurcheon Films.  Combining her advertising experience with film making, she wrote and directed two corporates for London production company Schmick.

In 2016, Alice wrote and presented a stage play in London, completed the award-winning short documentary Writing the Peace, a self-shot experimental piece called Spring on the Strand, and the multi-award winning supernatural short The Penny Dropped.

In 2017, she filmed Home to the Hangers about Hampshire poet Edward Thomas as one of the winners in the Directors UK Alexa Challenge. In 2018, this won a special category award from the Imperial War Museum, Best British Short and was honoured with a cinematography award created especially for the film by the Purbeck Film Festival. She made another poetry film in 2018 for the New York-based Visible Poetry Project.

Currently she’s working on scripts with her agent Meg Davis at the Ki Agency, while also developing a string of comedy, dance and animation shorts.