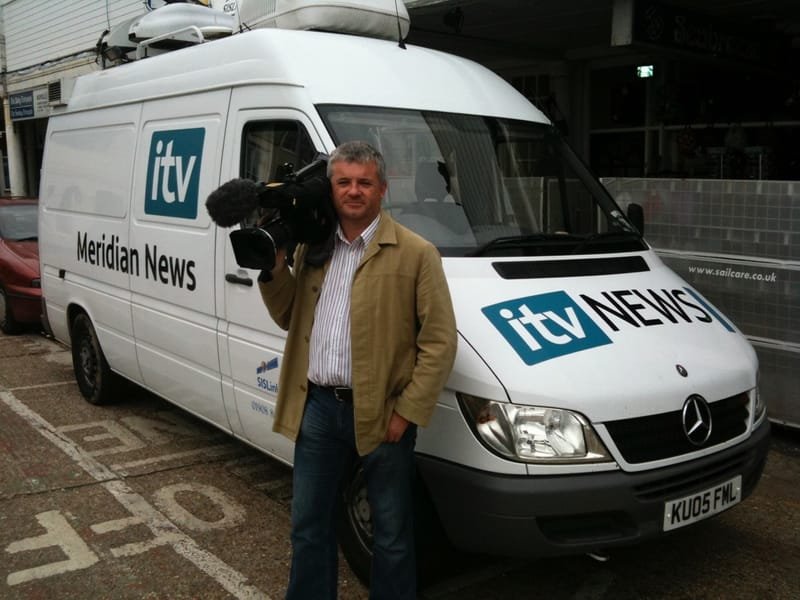 Dave Russell started his career by training as a professional model-maker working on TV commercials and producing background scenery for shows like Thomas the Tank Engine. In the early 90’s his interest in broadcasting saw him become a journalist on radio and then TV. He worked as ITV’s Isle of Wight reporter for 11 years. During that time he also acted as a fixer and location scout for other visiting crews during holidays and weekends. Now working freelance, he spends his time dealing with all aspects of media on the Isle of Wight, including being a cameraman for ITV and BBC News. He recently worked as 3rd AD on ITV’s Victoria when they filmed at Osborne House. Known locally as ‘Meridian Dave’ multi-skilling is very much his game.